Second Life is an Adult! 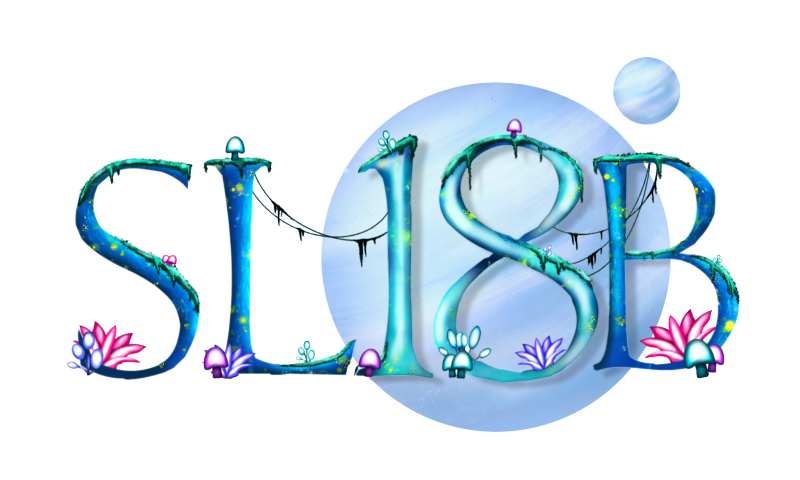 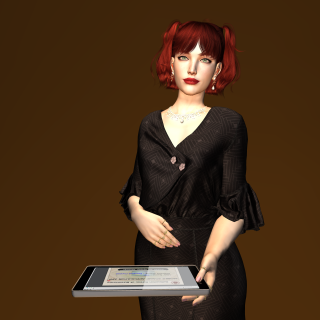 It's hard to believe but SL is 18. Our very own little (actually, not so little) virtual world has finally reached adulthood!

The 18th annual Second Life birthday celebrations (SL18B) begin tomorrow, June 17th, and continue until July 1st. There will be opportunities to shop until your avi drops. There will be live music, performances and many exciting exhibits.

One of those exhibits will be that of the Bellisserian Bureau of Bureaucracy. We'll be showing the premiere of our new movie and revealing exciting new plans for the future.

The BBB officials on the stand will carry their own SSID's – Staff Stamp Issuing Devices. Be nice to us and we will perform a personal passport control for you on request – a service only available on the BBB stand.

The picture above shows our Editor Fenella holding her SSID. Below is a picture of the stamp she will be issuing; signed in her own handwriting and featuring an ink-well and pen to symbolise her role at the BBB.

There are ten staff stamps to collect in total so be sure to stop by and say hello to as many of us as you can. Check the sidebar for the staff directory so you know who we are. Of course there's also the SL18B stamp itself to collect – see below for details of that. 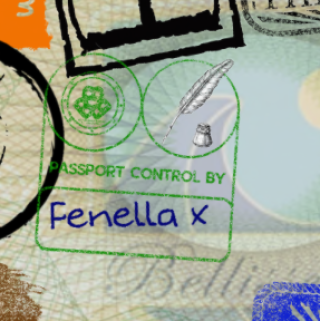 This year’s theme for SL18B is Hidden Worlds. In truth Second Life® contains many worlds. There are role-playing regions set far in the past or future. There are sci-fi regions, fantasy regions teeming with magical folk and creatures. Until Fenella became a mermaid herself, for example, she'd been in SL for 14 years without ever visiting the many beautiful undersea builds. In some cases, she'd sailed right over them, without knowing they were there!

Our passports encourage residents to venture to places they might not otherwise find. Some may only stop to pick up the stamp and that's fine as long as they're having fun, but we hope they'll often stick around and explore.

Our passport stamp locations aren't hidden worlds exactly, but they're not usually as prominent as the places merchants and event organisers work so hard to promote.

Our terminals are only at non-commercial locations. They're not used to advertise goods, services or land rentals. We issue the passports, licence plates and driving licences for free. We design the stamps, make the terminals and our other equipment for free. We organise rallies and tours to stamp-issuing locations for free. All our staff are volunteers.

Don't get us wrong. We love to SL shop as much as the next avi and there's nothing at all wrong with commerce. It's just not what we are about. We are very much in SL's tradition of content generated by enthusiastic amateur users.

Collecting stamps for your Bellisseria Passport (and soon perhaps other passports as our systems and scripts can now be licensed for use elsewhere in SL) will take you to builds lovingly-made by your fellow-residents. We hope it helps you get to know our now all-grown-up virtual world even better.

Happy exploring and see you on the stand at SL18B!

Our only new stamp location this week – not live until the big event opens tomorrow, when the SLURL below will work – is the terminal for the special commemorative SL18B stamp itself. Enjoy the event!

Stop #21 in the Cranston Travels The Grid Blog is the limited stamp available from the BBB at the Second Life 18th Birthday Celebration! Includes a youtube video created by the BBB, which premiered on the first day of SL18B! There's a link to the post in the Second Life Community Forum. Check it out below!

Been away in RL and just checked out the BBB SL18B exhibit, for which I can take 'zero' credit, excellent work all!

I may be slightly biased Boo, but I think it's the best one of all. It addressed the theme "Hidden Worlds", which many just ignored, and is beautiful and a calm oasis in all the chaos. It's been a wonderful place to meet our users and I am really enjoying the whole experience. Welcome back btw. I am only missing Fi's and your stamps. Get on those SSiDs and head over to talk to all the enthusiasts for what your BBB idea has become. :-)