Video tour of the new office | New staff | Many new locations!
Our CEO interviewed on TV | New Stamps to collect 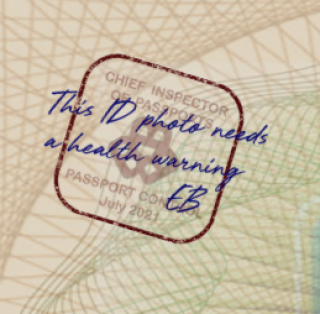 The most common criticism of our service here at the Bellisserian Bureau of Bureaucracy has been that – for bureaucrats – we are unrealistically helpful and friendly. In an attempt to rectify this error on our part, our new colleague, Chief Inspector of Passports Beeb, has been trialing a different approach.

Some of the existing staff have, to be honest, been a little perturbed. It has to be said, however, that some of you seem to enjoy it! Lines have been forming at our offices for CIP Beeb's particular style of "service" and for the personal stamps he issues (and annotates), which will change each month.

As he has been keen to tell visitors, he is "not here to make friends". We rather suspect he would like to make the BBB's ethos closer to that of an RL bureaucracy; perhaps even training staff to forego cheery interactions with our users.

We at the Gazette are always keen to hear about your experiences with the BBB. Right now, we're particularly interested in hearing about your meetings with CIP Beeb.

Let us know in the comments or email the Editor using the link in the sidebar. Please feel free to send in photographs too.

FROM THE DESK OF THE EDITOR

A personal thank you from Fenella to those of you who came to her 14th Rez Day party this week. She had a wonderful time in the company of friends and colleagues. Her Rez Day was yesterday. Here's to the next 14 years!

The BBB has licensed two new publications, which now feature in the Gazette's sidebar. The first is the Bellisseria Parade of Homes Review (licence # 0007). The Parade of Homes is an established Bellisserian institution, publishing lists of personal homes open to the public, as well as resident-owned places of interest like our own offices. The lists were traditionally in notecard form. Prudence Anton, who runs the PoH, has now taken it to the web in style!

What is the BBB connection here, apart from the fact that Pru is a BBB official? You will have to wait for details but discussions are in progress for special stamps to be issued from certain PoH locations. Watch the Gazette (and the PoH Review) for further news Soon™.

The second new approval (licence # 0008) has been issued to Bellisseria Life, a long-standing friend and booster of the BBB. Fenella uses its group to announce every issue of the Gazette and we at the BBB are very happy to do our bit to promote this publication in return.

NEW LAYOUT FOR THE GAZETTE

Our previous layout worked well on mobile phones for reading the articles, but gave no access to the sidebar links. We hope you like this new design which is more mobile-friendly. Please let us know what you think. 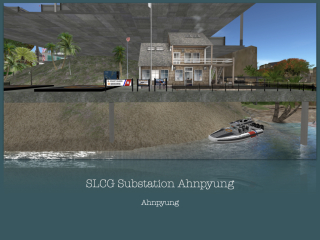 We received reports from users that they were unable to locate the stamp terminal for Lower Bellisseria Airport. Fenella Allen contacted Mike Chase of the SL Coast Guard – the owner of the location. The terminal has indeed been moved. It now stands in front of SLCG Station, Ahnpyung. It's still issuing the same stamp so don't make the mistake of obtaining a duplicate!

The entry for the location has now been updated in the BBB Online Travel Guide, with both a new photograph and a new SLURL. Please accept our apologies for time you have wasted looking for the terminal before we became aware of the change.

We are dependent on location owners and/or BBBug members to inform us of such changes. If you let any member of the BBB staff know about them we will update our records and the BBB Online Travel Guide accordingly.

We have another bumper crop of new locations issuing stamps this week. Aussie Shores and Evergreen Equestrian are an Australian beach location and an equestrian centre. The Museum for Art is a highly-specialised new gallery in Bellisseria featuring exhibits that tell the history of the owner's home town in the Netherlands. On the subject of art galleries in Bellisseria, BBB Licensed Publication #2, Limoncello News, has recently created a directory of them, which helpfully indicates if they issue a passport stamp or not.

Bear Castle houses the owner's enormous personal collection of Linden Bears as well as others on loan from her friends. Since the beginning of Second Life® it has been a tradition for residents meeting a Linden in-world to ask him or her for a memento of the meeting. Many of these are teddy bears and all of them are now called "bears" even when they're not! The tradition has been extended to the Moles; residents recruited by the Lindens to work professionally on projects for the LDPW – Linden Department of Public Works. The largest such project these days is of course our home continent of Bellisseria.

Linden Bears often reflect the personality of the Linden or Mole concerned. The collection is therefore a fascinating folk-history of SL in cuddly (and not-so-cuddly) toys. Our editor managed almost 14 years in SL before she met her first Linden - Patch – and has only a couple of recently-acquired "bears". The effort that has gone into this collection is impressive and it's worth a visit.