The Gazette is normally published at one minute past midnight SLT on Saturday, but this week we are publishing one day early to coincide with the opening of SL's Sci-Fi Expo 2021, which is offering a special, limited edition event stamp for your Bellisseria Passport. Full details are below in the New Locations section.

It's a huge science fiction event to benefit Making Strides Against Breast Cancer and The American Cancer Society. It runs from October 8th to 17th and features 70 Exhibitors, 60 hours of entertainment, an interactive quest and more! As a sci-fi fan (an SL Time Lord) and as someone who lost a beloved life-partner to breast cancer,  your editor hopes you will not just collect your passport stamp. Please also enjoy the event and make a donation here and there to an important cause.

I GOT A PASSPORT STAMP MACHINE

Step One: Have an interesting place for people to come visit. In my case, I have too many Bellisseria Fantasy Homes.. Two of them. I only need one to live in but I like the other too much to give it up. So I decided to turn it into an art gallery and garden and had a LOT of fun doing it. 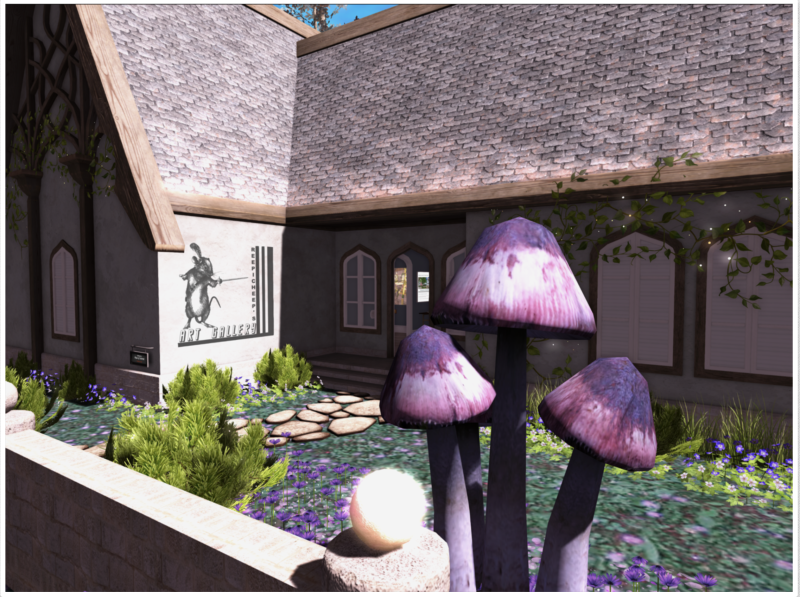 Step Two: Fill out an application.

Before I could fill it out, I had to go get it. So I TP'ed to the BBB office  and found the sign on the wall that said “PASSPORT STAMP LOCATION.” I left-clicked it to get the application form notecard.

The form was simple, but required me to make a couple of decisions. I am one of those people who takes twenty minutes at Baskin Robbins to decide what ice cream flavour I want. So it took a while to decide on the colour and shape of my stamp. The shape options were “Square, Round, Rectangular, Triangular, Etc.” I decided on Etc. Let them decide! That probably wasn't the answer they were looking for, but they were nice about it. As for colour, after changing my mind about seven times, I decided on purple. As for the design itself, they do that for you based on any suggestions you make, unless (like me) you have one of your own you'd like to use.

Step Three: Turn in the completed application form. I had two choices; either to drop it in the post box under the application sign or to IM Dark Sunflower (her calling card is inside the form). I chose the latter and had a very pleasant chat with her.

Step Four: When the stamp machine arrives a few days later, rez it out at your location. That would have been really simple, except once again... there was a choice. They provided me with two stamp machines.. one black and one white. I finally decided on the white.

Step Five: Make sure your parcel is set up for guests. That means the land setting allows visitors and doesnt have a security orb to chase them away. Also make sure that scripting is turned on for “everyone”, so the machine can apply the stamp.

That is all there was to it. If you are not decision challenged, like me, the process is easier than eating your favourite flavour of pie.

The BBB now has its own group on Facebook.

Please follow this link to view. We hope you will join it too.

It is yet another place (along with our Flickr Group) to share photos of your travels with your Bellisseria Passport.

We hope you will also use it to keep in touch with your loyal civil servants here at the BBB and to chat with your fellow-members of the BBB user group.

A POSTCARD FROM MR BEEB

In case any of you are missing him (and to reassure the rest of us that he's far far away) here's a postcard we received from Chief Passport Inspector Beeb on his extended vacation. 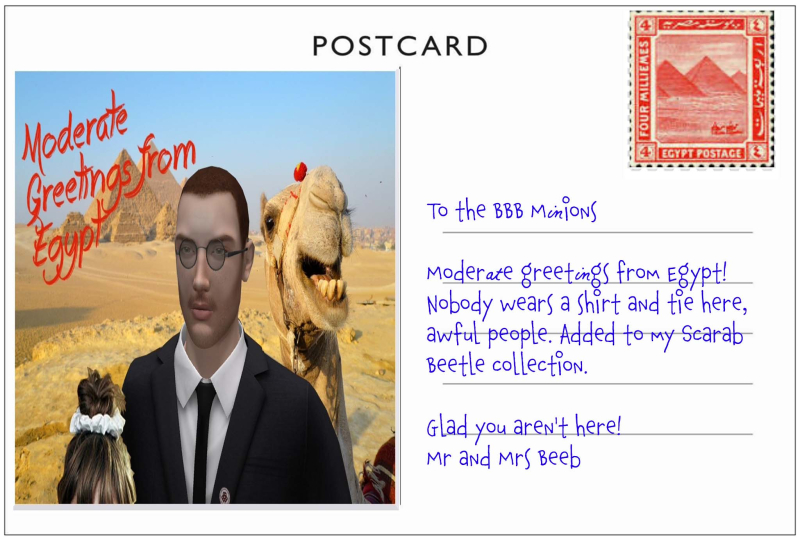 This week we have a bumper crop of seven new locations. A limited edition stamp is on offer for the duration of this years SL Sci-Fi Expo. There are also two more sites on Linden Department of Public Works (LDPW) land this week, placed by our beloved Moles. There's yet another new railway station on the SLRR and a new art gallery in Fantasseria, Finally, in the Other category, we have two memorials to fallen Americans and Native Americans of the United States armed forces. All gave some. Some gave all.