GRAND OPENING OF EMBASSY TO CORSICA 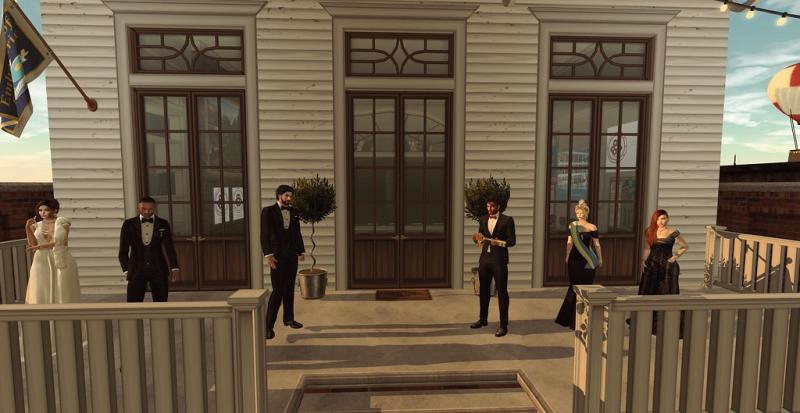 Abnor Mole presents the key of the Embassy to His Excellency Jack Vincent, Hon. Ambassador to Corsica  | Photo: © Prudence Anton

Yesterday at 12 noon SLT, His Excellency Jack Vincent, Honorary Ambassador, welcomed Abnor Mole and other distinguished guests to the Grand Opening of Bellisseria's new permanent embassy to the mainland continent of Corsica. Abnor gave a gracious speech before handing over the key to the embassy and the Hon. Ambassador spoke eloquently in response. 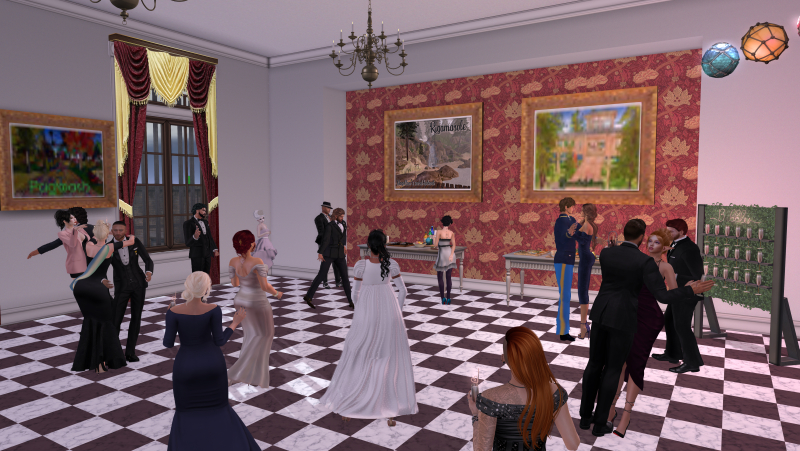 The official part of the evening having been dealt with, the assembled guests enjoyed a formal ball – we hope, the first of many! Just as you thought Halloween was over and done with, reports have been pouring in from anonymous sources about the infamous SLRR Ghost Train spotted at Bellisseria's very own Red Hook Station.

The Gazette`s brave photographers managed to capture one photograph as terrified onlookers fled the scene.

"It was really scary" said one witness "be careful near the railway at midnight! It was luring in innocent passengers and then it sped off very fast towards Pugwash!"

Another witness told us: "actually it was pretty cool but the crew look a bit thin - I think they need a bowl of porridge"

A local hobo was too frightened to give a statement - he just fell down and drank from his bottle of wine.

It seems like the safe and beautiful rail roads of Bellisseria just got a bit more exciting!

POSTCARD FROM THE BEEBS 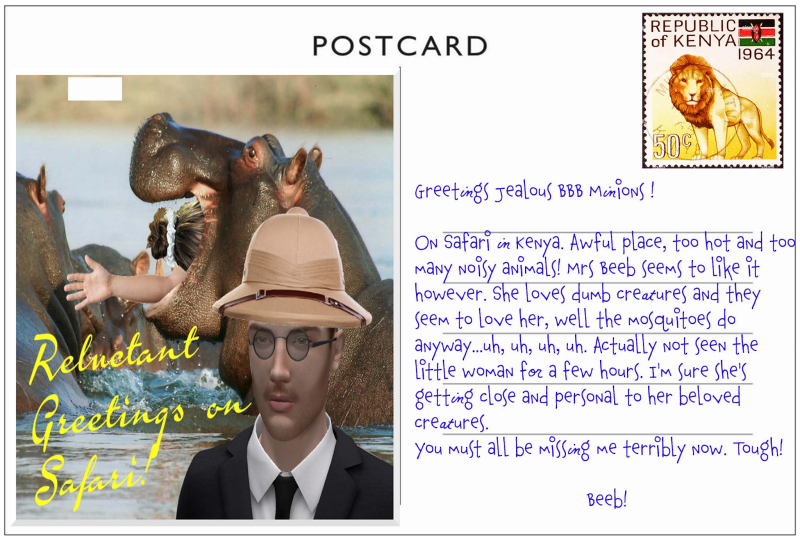 We have five new locations to collect visa stamps for your passport this week. Our beloved Moles have placed two at mainland locations. The first is at Lordshore Bridge on the mainland continent of Jeogeot; immediately to the South of Bellisseria. The stamp terminal is actually on a scenic overlook/picnic area with a view of the suspension bridge, which is one of the most impressive public works on mainland. The second LDPW location is the Bay City Municipal Airport, which is in 1930s Art Deco style. Bay City was added to the continent of Sansara in 2008 and described at the time as

the American urban experience, between 1940 and 1965, perhaps best typified by Chicago circa 1950

The airport doubles as an infohub for the area.

Callahan's Place is a new addition to the bars/cafés category. It's an Irish pub, if ever we saw one (though a fancy one with a pool). It describes itself as a "crosstime saloon" however and there's a slight sci-fi vibe. A policy of insisting that time-travellers pay cash suggests it's visited by Gallifreyan time-lords with their loose financial morals!

If you're thinking of moving to a plant-based diet, Vegan HQ on the Gaeta V continent has all the information you could possibly need. It also has vegan topiary. Enigma Hall in Heterocera has a railway station, a stately home and a lighthouse. All are "open to the public on all days with a 'y' in them".

The Embassy opening was a great success. Wishing Jack all the best in his role!

This is a late replay but thank you so much BOO, it was a great celebration! Can't wait for the opening of the embassy in Heterocera Atoll tomorrow!