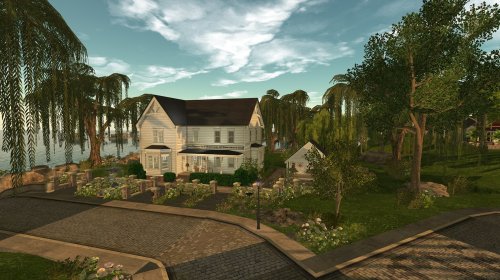 With thanks to our very own Pru, who donated the River House at Winter's Elm to be our previous HQ (and indeed to all our previous donors) we are happy to announce that we have now secured a new permanent location.

It's in a Victorian house at Swordfish on the channel between West and East Bellisseria. It has the benefit of nearby land and sea Rez Zones, which will be great for future bus tours, helicopter expeditions and boat rallies!

This is now where you can apply for any of our services or raise enquiries with any of our staff. The online indicator boards around the building will show you who is available and the BBB Officials list in the sidebar to the Gazette explains who can help you with what. All necessary application forms, new passport visa HUDs, our house numbering system (so good the Moles incorporated it in the most recent designs of Linden home) and everything else you need from us is available here.

There's also a photo studio to take your passport photos and the (of course) very chic office of the Bellisseria Parade of Homes and its publication the Review. 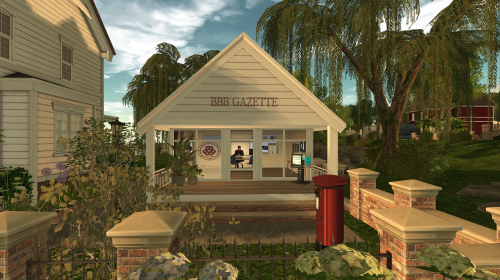 In the garden you will find the editorial office of the BBB Gazette, where you can pick up the latest edition, read it in-world on the media display screen or leave a notecard with your articles or photos for the attention of the editor.

Please feel free at any time to drop in and say hello. Our animesh receptionist is not very chatty but there are boards informing you which other staff are online. We have updated the Online Travel Guide and the directory of SLURLs in the sidebar to the Gazette to reflect the new location.

As February is Black History month, Soull Starlight and Yukiko Yeshto (both residents of South Corsica) collaborated for an event around the Eatonville Living History Museum. The museum is named after a fictional Black settlement town described in the book Their Eyes Were Watching God, by Zora Neale Hurston, and is an example of the self-sufficient towns established after the Civil War in the United States.
The series of events include a guided tour/performances by spoken word artists at the Museum; a fashion gallery at the Little Kenya Animal Sanctuary with information about characteristic patterns and fabrics, and a formal banquet at Little Kenya Restaurant where attendees can learn more about the African dishes chosen for the virtual menu.
While Soull and Yukiko initiated and organised the event, it is actually a community effort supported by various people from different projects, such as the Sisters In SL, the Corsica South Coasters, and the Embassy to Corsica (Hon. Ambassador Jack Vincent).
Each of the event venues offers a stamp to be collected for the Bellisserian Passport. Each event (the first of them today) will be staged at two different times to suit visitors from US and European time zones. 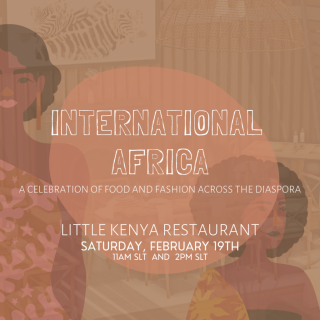 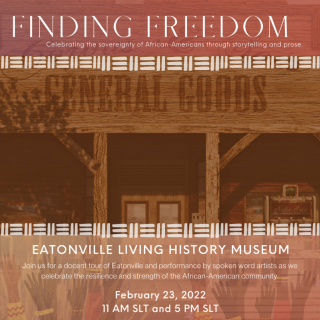 Visitors to—and residents of—the south coast of Corsica will be pleased to know that there is a new airfield in the area. CSC (Corsica South Coasters) Airfield, located in the Sevenfold region, was conceived by our old friend Cranston Yordstorm who saw a need for one after the old aerodome recently closed from restructuring the former Campbell Coast group to the new group, Corsica South Coasters.

Corsica South Coasters is more a group of independent owners, rather than a singular land group...it's what allowed us to do what we're doing.

Long time Corsica South Coast resident and designer Kitten ‘Kitty‘ Mills, whose contribution in the area is substantial, also has an airfield which is closer to the coast line in the region of Novatron, but located at greater altitude. Cranston saw a need for an airfield at ground level. He has also expanded the railroad in the region, thereby creating – as he put it –

more of a destination with travel options.

The new airfield is partly located on the region of Poorlatrice, next to Sevenfold, which is owned by the real estate group Operation Mainland. Belliserrians and all mainlanders are encouraged to enjoy the new airfield and expansion as part of a great experience to be had on the continent of Corsica. 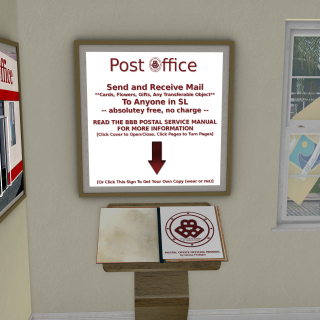 BBB staff member Teresa Firelight has written a manual for our postal service. It's in the form of a book you can rez in-world or as a HUD. You will find it at the top of the stairs in our new HQ, where you can read the public copy or pick up your own.

On Wednesday 23rd February at 10AM SLT we'll be cruising around Nautilus and looking at some of the Mole builds dotted around the sea there. This is a completely casual cruise so there will be no pressure to keep up with the lead boat. The cruise is in two parts due to access issues at the top of the continent. Rez here for the first part and here for the second part.

Please pick up the tour HUD from the Bellisserian Embassy in Nautilus, where you can also find other tour HUDs. If the time isn't convenient for you, you can take the tour at your own leisure, using the HUD.

There is no dress code for the party at the end of the cruise. Come as you are!

If you are well-travelled, you may be running out of space for your visa stamps. If you need a new visa HUD, the sixth one is now available at our new BBB Headquarters announced above and listed below. This is the first of four new locations this week, but there is no new stamp to be obtained there so be careful not to get a duplicate.

The second new location is a fishing lodge in a peaceful waterside location in Bellissaria. It's cozy and comfortable and very inviting. Rather than grab your visa and run, you might like to relax for a while. As the Welsh poet WH Davies almost said,

What is this SLife if, full or care,

We have no time to stand and stare?

The third is a living history museum of the African-American experience It's moving, thought-provoking and well worth a visit (see article above about events there).

Finally, there's a location for the SL history buffs - the historic Pyry Fairground, where there's a rare Linden game to play. SL is not a game, but it can host them!

Congrats to the whole team with this fantastic permanent spot!
Makes the bureaucratic work even a lill bit fun! ;-)
Hope to be able to be around for the Nautilus cruise tour, of course again, I will join on a waterscooter.....

It is awesome Zoe. I love having a Gazette office too!