Gingir Ghoststar will be well-known to many of our readers. She's quite the SLebrity these days, especially in Bellisseria.

She founded Bellisseria Citizens – the largest and most influential of Bellisseria's many groups and the origin of many of the others (including BBBug).

She kindly talked to Dave of The Gazette about those early days.

First she referred us to this article by Daniel Voyager in 2016, which might have been the first hint that Linden Labs had something in the works. If so their plans were three years in the making!

Three years later, this article in New World Notes quoted Gingir on the need for something like Bellisseria;

I've said for years that if SL would provide a maintained PG to PG13 area that it would thrive. I get it, it would be work, possibly [cause] increased cost of living and [provoke] the argument "nobody wants to be told how to live" but I beg to differ. Linden Lab thrives on all the private sims that they're paid to host that are then locked down with strict land rules, building rules etc and people pay through the NOSE to live on these super landscaped country club like estates. There is a market for it. If LL could create a continent and build it up like an actual city and enforce land/build codes I can almost guarantee that it would fill up in a heartbeat.

"Fill up in a heartbeat", it did and has been expanding ever since. Gingir told us;

I made the Bellisseria Citizens group to chat with a few friends and make new ones on the opening day of Bellisseria – April 15 2019. I never expected it to grow so large.

We were all exploring the new continent and wanted a way to chatter amongst ourselves as we all tried for a new home. The first year was kind of a fluke. There were growing pains but there was also an awesome community spirit. There were parties, tours, events and so many groups to see, join and attend.

Our first official group event was our Julyfest. We had been planning to do an event at the lighthouse at Cedarburg, it was one of the few places we could imagine getting a large crowd and being able to set off fireworks.

Thankfully, Patch came to us and let us know that the fairgrounds were coming. We got to see them before anyone else.

We had such a blast at that first event. Fireworks, live singers, DJs, dancing, rides – everything that you might see at a summer fest. We even had a dunking booth! North Crannock made a turtle game that was a lot of fun too. He and his wife Bebe were – and are – pillars of our community. 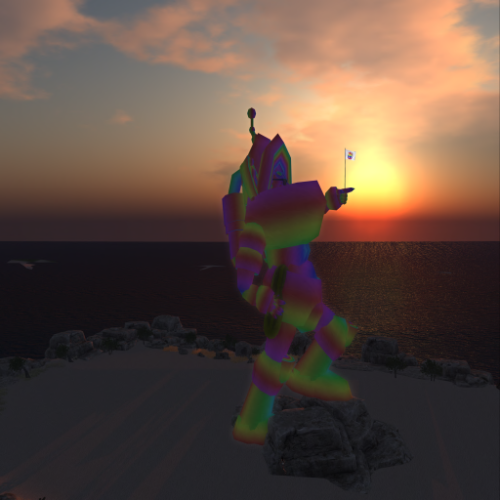 The Launch of the Fairgrounds, there were many stinky bombs | click to enlarge

After that, we started a planning committee. Those folks ran with it; they brought us many fun events that year. By December though, I think many of us were teetering on burnout. Others from Belli stepped in and, together with other groups, helped to take that all over. They are the minds behind most of the events at the Fairgrounds nowadays and I don't think they could be in more capable hands. 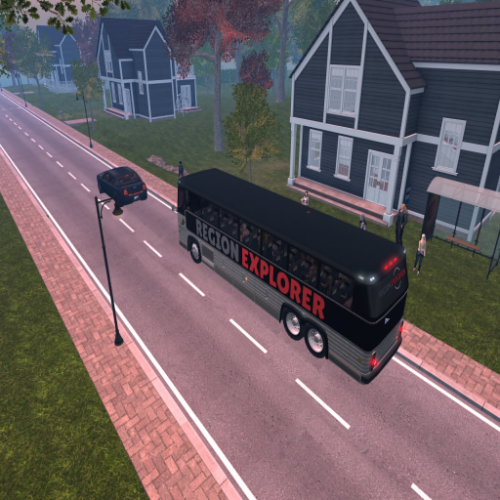 We rang in 2020 with a Ruth Run; everyone in Ruth/Roth avatars with either fig leaves or other things to hide their bits (or not!) They all ran through Belli on a course we made. 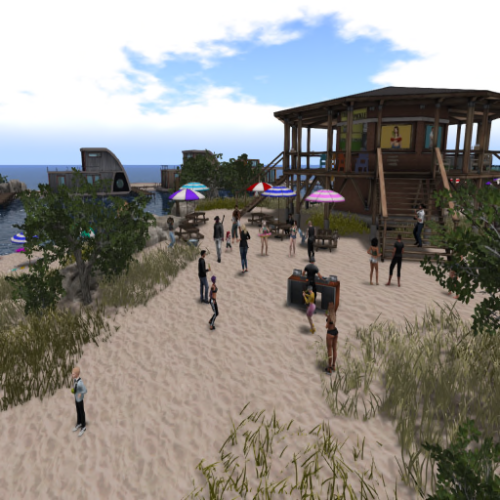 The best thing to come out of Bellisseria is just that; the community. There are so many helpers who would give you the shirt off their back if  you needed it. There is a place for everyone; even multiple places! Any interest you have, there is probably a group for it. If there isn't a group for it yet, there is plenty of room to add another!

Thank you Gingir. It's fascinating to learn how so much we now take for granted in Bellisseria came about.

Gingir was interviewed by Dave. All photographs © Gingir and reproduced here with her kind permission. 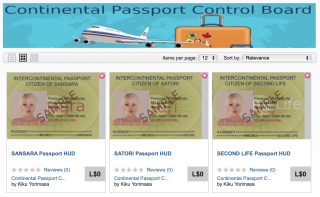 Last week's big announcement was that passports are now available for all residents in SL to collect stamps from the locations in The Gazette Online Travel Guide. Those new passports are available, free of charge, from the various embassies listed in the sidebar to The Gazette under the heading SLURLS. They are issued and administered by the Continental Passport Control Board and its group is open to all.

Residency is not tested as it is for the Bellisseria Passport but you can choose one for any of the seven continents where there are embassies or a generic one for anywhere else in Second Life®.

The new passports can also now be obtained, still free of charge, from the Continental Passport Control Board's store on the Second Life Marketplace. Anyone and everyone can now take part in the fun of collecting passport stamps and we really couldn't make it any easier.

Once you've obtained your new passport, we'd encourage you to visit the relevant embassy anyway to see what activities are planned. Introduce yourself to the Hon. Ambassador (see the Diplomatic List in the sidebar) and stay in touch!

Regular readers will know that, while most currently-available stamp-issuing locations are to be found in The Gazette Online Travel Guide, there are a few that can only be found (unless you're very lucky in your exploring) by taking a rally around a special course, guided by a Drivers of SL HUD. That HUD is temporarily unavailable. We hope to have it working again in a few weeks.

NEW MASTHEAD FOR THE GAZETTE

One of our new artist bureaucrats, AmandaT Tamatzui, has kindly reworked the masthead to The Gazette in a far more creative way than your humble editor could. We hope you like it. Thanks, Amanda!

Unusually, all three new locations this week are in Bellisseria. The first of two new LDPW locations is the Franklin T. Rex – a fossilised dinosaur skeleton in the rocks alongside the railway track in the Franklin region. It's one of our favourite features around Bellisseria. The second location is the pretty little railway station at Bridle Path, the arrival of which was hinted at, as the sharp-eyed readers will have noticed, in last weeks edition of The Gazette.

The third location is in the new Newbrooke region of Dooright. Its owner Jolie Jinglepaw has declared it an Embassy for Peace & Human Rights. Noble causes indeed – and more than ever in all our minds during the shocking conflict in Ukraine. Thank you Jolie for giving up your lovely home for such a purpose.

Loved the article about Citizens and Gingir

We have you to thank for suggesting to Gingir that she be interviewed Boo. And to Gingir for kindly consenting.