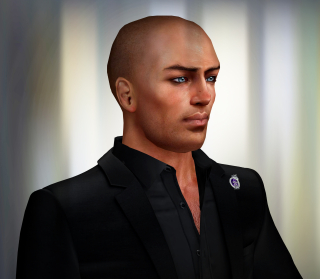 We continue the Meet the Team series by getting to know North Crannock better. North is the Head Scripter for the BBB, and has been crucial in many of our BBB projects.

This Avi only since March 2010, but my first avi which used to be my main avi has been here since mid 2009 Since moving to Belli this has become my main avi.

Since day 2 of Belli opening when I got a houseboat over in Wobbegong, I would have been day 1 but I played game of homes and ran out of goes.

It is very hard thing to pin down to a single favorite thing. There is so much to see and do all the time, including places I found in my first week and have not managed to find them again since. There are events happening every day somewhere in Belli – events are not just restricted to fairgrounds. There are many opportunities to join in with other people. There are also “still places” that I can go to and relax! There are so many hidden gems in Belli – from hedge mazes to look out rocks to fairies by the river. It would take you more time then you have to find them all.

I don't think I actually joined BBB. Instead, Boo came to me with an idea for passports and terminals, which needed some scripts. So I met with him. Then I wrote the very first versions of the passports – initially for 2 locations only. Since then Boo has kept me so busy that I've never had a chance to leave.

I write down strange words in certain orders in scripts which somehow make BBB products work here. I am always looking to improve on our products. Also I help other team members who have ideas but don't know how to make them work.

It has all been fun. The one product I like the most is the grid wide post office system. That was very satisfying when it was up and running. It became so popular in the first week that I had to redesign how it worked. Now it can store about 500 items at each location, and all locations are linked together, so when you check for mail, it checks all the locations and finds anything that was sent to you.

I'm a very open person about myself. But one thing I think most people don't know is I learned my scripting by being heavy involved in major updates to OpenCollar Collars and cuffs. A lot of times, I ended up rebuilding the script from scratch.

The BBB is a fun group of people to be involved with. We are not elitist or anything, we welcome anyone to join us. If your not sure what you're good at we can find you a job. If you have ideas of new things the BBB can offer we would love to hear from you. Apart from the generous pay and holiday allowance, sometimes at staff meetings we get visits from Lindens and Moles.

(Of course, North is teasing here. The entire BBB staff, including our leader Boo, is comprised of volunteers. None of us are paid a single linden.)

The BBB's very own Robert Rhodan has been busy with his cartography project again. This week's new map is of airports. As Robert says;

If you are adventurous enough to fly by VFR* without VORs* / NDBs* instead of boring teleports between A and B, and you want to plan your flight legs, this map comes in handy for your personal challenges.

Of course, the map is available in-world too via the map dispenser in the BBB HQ at Swordfish This is the very first release so Robert will very much welcome your feedback, corrections and additions. 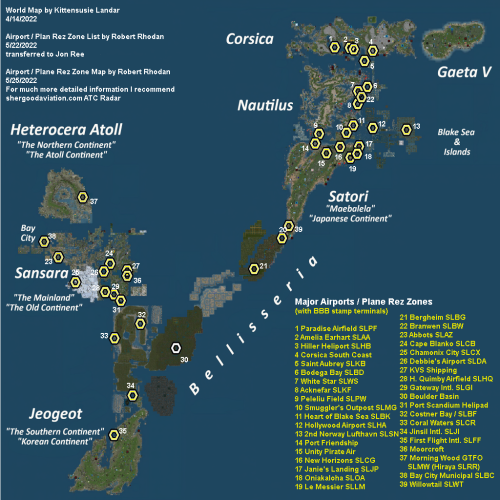 The map is a useful overview of all continents at a glance. For reference at higher resolution, we recommend the excellent Air Traffic Control Radar Map provided by Shergood Aviation. This provides all the details SL aviators need for flight navigation. Even if you're not an aviator we think you'll appreciate their detailed map of the Second Life® continents and their infrastructure.

Palmerston Station is an LDPW build by our beloved Moles, which we would have called the prettiest railway station in SL, had Shobu Train Station in Sakurasseria not appeared last week! Why not give them both a visit and decide for yourselves? There's no stamp at Shobu yet, but watch this space...

Speaking of pretty places, we have always liked the snowlands of Sansara and this week we have a new location there – Mellowtron Artisan Winter Village. Put on your warmest clothes and go check it out!