SL19B ENDS ON A HIGH If you all enjoyed the SL19B events as much as we did, dear readers, you'll have had a good time. It was wonderful to chat with so many of our users and potential users

We were not tracking total numbers of visitors at our SL19B stand, but can report that the event passport stamp was issued almost 600 times. We are very happy with that number, which makes it our most issued stamp ever.

The Moles have in fact extended access to the exhibitor stands until the 10th July, so you still have a final chance to visit and collect the event stamp. However the SSiD tablets that issued personal staff and diplomat stamps stopped working on the planned closing date, July 5th. We congratulate those of you who collected them all. We hope you all enjoyed collecting however many you managed to get.

Onwards and upwards to even greater things for SL's 20th birthday this time next year. 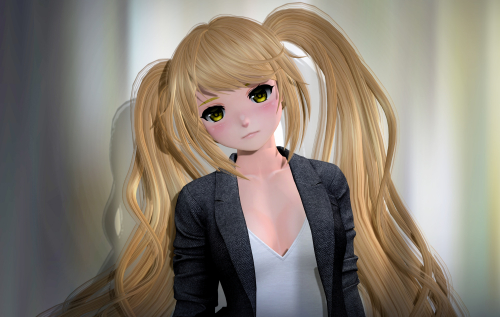 This week we get to meet the person who shoots most of those amazing videos we see, Sceneris Resident.

I have been in SL around for 3 years now

I have also lived in Belli for 3 years now.

I like how Bellisseria is modern, and I find it refreshing to chill with the people there.

My friend joined the team, and I joined with her.

I am a sideline videographer.

Filming the Lindens and the Moles.

I live in a different time zone, so most people don't see me online.

I am probably one of the most stealthy members of the BBB!

Article and photo by Teresa Firelight

Zada Bury took part in last week's stamp rally grid drive organised jointly by the BBB and Drivers of SL (DoSL). She's a Zindra resident and so picked up a generic SL passport from one of our embassies in order to take part. She made this snappy little YouTube video about it. We enjoyed it and thought you would too. So, with Zada's kind permission, here it is.

Firstly, not a new location but a change of location. The Honorary Consulate of Titania has moved to this new location. The new Honorary Consul there is Henry Hutchence. It's issuing the same stamp though, so be careful not to get a duplicate. Our scripts will tell you if you try to add the same stamp to the same Passport or Visa HUD, but can't detect duplicates between different HUDs. So if in doubt check your earlier HUDs before you clickety-click.

There is another change of location in process. Juliana Dethletter of the New Kadath Lighthouse Art Gallery has informed the BBB that it will be moving to a new full region. The terminal has been removed until the new region is ready, so watch this space and the Online Travel Guide for the new location in due course.

One of the biggest and most fun events of the Bellisseria social calendar is underway. The Belli Hammies, bless their fur and whiskers, have once more built their famous Big Splash Adventure Oasis Water Park at the Bellisseria Fairgrounds. The event is already underway and the special limited edition event stamp is available now! Go get your fur wet and have some fun with H2O!

Our viking friends at Rungardvik have two new permanent stamps on offer. One is at their temple and the other is at the great tree Yggdrasil, which – despite it being the immense tree that contains all the nine worlds in their cosmology, they've somehow managed to contain within Second Life®!

Check both out but please tread softly on sacred ground. The Norse Gods were not as big on forgiveness as more modern ones and The Gazette cannot be held liable for injuries incurred from thunderbolts or flying hammers.