Edition 32: Dave is (almost) made to look cool | Milena, Maya & Faith
Edition 34: A Girl's Best Friends | Of the true nature of SL 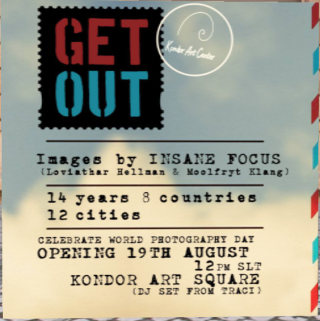 Frank Atisso has made puppets of us all via his weekly Art Korner HUD. As soon as it is delivered, we strap it on and move as he directs. We worry it might make us lazy, but there's no denying he puts in good work to make it easy for us SL art enthusiasts to keep up. Thanks, Frank.

This week, one of the exhibitions we lazily put off visiting until Frank's HUD arrived was Get Out at the Kondor Art Square.

It is an RL photography show – something we'd normally never write about here. The concept is to encourage people who used to shoot street photography before the pandemic, to get back out there.

SL photography has been our only outlet during the pandemic. Some braver friends in RL published a book of pandemic-era photos, but we have – deplorably – stayed home in a government-mandated funk.

Long lenses, social-distancing and more walking than usual would have made street photography perfectly possible. The eerie emptiness of London's streets might even have been a good theme (though for us it's always the people who make cities interesting). We just didn't do it. Perhaps we didn't want to remember our city in the state to which the pandemic (or our government's response) had reduced it.

In truth, Loviathar Hellman and Moolfryt Klang didn't do it either. Their images – exhibited here under the name Insane Focus – are from their archives. They say of their show;

GET OUT has no more pretension but exhibiting a sample of our 14 years of photography under the "street" category, and maybe spark the wish in visitors to grab a camera and get out.

If that was its objective, it's a success. It stirred a feeling we feared lost; the urge to show the world through a lens. The photographs on show are interesting enough. None moved us very much in and of themselves. The ones of London don't do our city justice. They did remind us though – as Insane Focus intended – of a lost joy. They made us want to "get out" and do better. 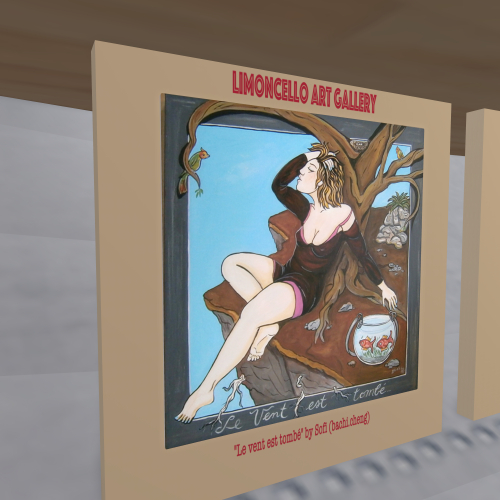 One of our favourite artists in SL is Sofi (bachi.cheng). Her art works are distinctively quirky. Dave bought a new one called Le vent est tombé, which is now installed on the Lower Deck of the Airship Limoncello near to the others in our collection.

Portraiture is our thing. There is nothing more intriguing than a human face. One of the best portraitists active in Second Life is Janus Fall and this week we added another of her works to our collection.

She has an exhibition in progress at her Red Dot Gallery called Words of which she says;

I began to notice that a single word would come to mind as I worked. I would like to attribute cognition to this phenomenon but that would be a conceit. It seemed to be a reaction to something rather than a response.

Each portrait in the exhibition features the single word it brought to her mind. The one we bought is called Mask, of which Janus says;

In this world the mask is never removed, and all wear them. In fact, the awareness of the façade has long faded, and so no human connection can ever be profound or meaningful. Like a snake unable to shed a skin people go through life dragging the unseen weight of dead possibilities behind them.

That's harsh, but collecting has taught us that artists tend to be extremists. Perhaps over-statement is intrinsically more interesting than understatement? Or perhaps untroubled souls aren't as driven to self-expression? For ourselves, if we believed that no human connection can ever be profound or meaningful, we are not sure we'd want to go on living. 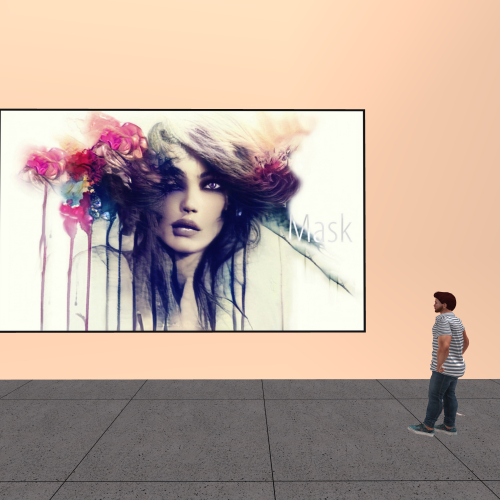 Fortunately you don't have to share Janus's dark sentiment to delight in the beauty of her work. If such beliefs are what moves her to create, her suffering is at least not in vain.

You can see for yourself on the 12th Floor of the LG Tower where Mask now hangs. It doesn't drive us to existential despair. Quite the contrary. We hope that goes for you too.

Posted at 08:01 AM in Limoncello Gallery, Second Life | Permalink | Comments (1)

We're looking forward to visiting Mask in it's new home at Limoncello and also to visiting the puppet experience at Kondor Art Corner ;-D Thanks for the news, Fenella.