Edition 38: visions of an aspie | My Reflection | Thunderous Train of Air

VISIONS OF AN ASPIE 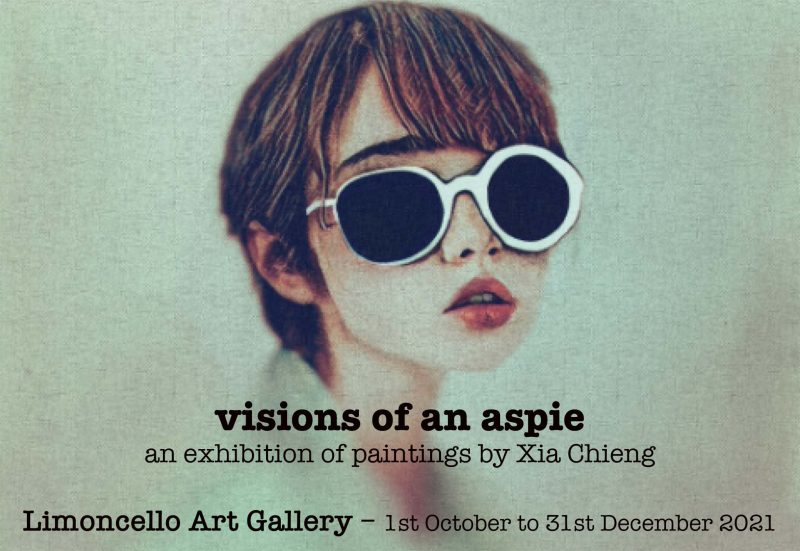 A new special exhibition opens at the LG Tower on 1st October. Xia Chieng will exhibit paintings, including four new works, under the title visions of an aspie.

The opening party, to which all our readers are invited, will be at 1300 (1pm) SLT on Monday, October 4th. Suzen Juel, an artist herself, will provide the music as DJ for the event.

Xia says of the exhibition;

The world is a little blurry for me. I am aspie. I was diagnosed late with Asperger's syndrome. It is difficult for me to communicate with other people, understand social rules and behavior. I live for it in my bubble, inside a shell, following my own rules and avoiding others. I am elusive reclusive. With this work done in the physical world, using different techniques of painting, oil and gouache mainly, I want to share situations, sensations and lived emotions that words cannot describe.

Her work is expressive in ways we certainly could not describe in words. So we won't try. Come see it yourselves and do, please, join us at the opening party if you can.  The exhibition runs until December 31st. 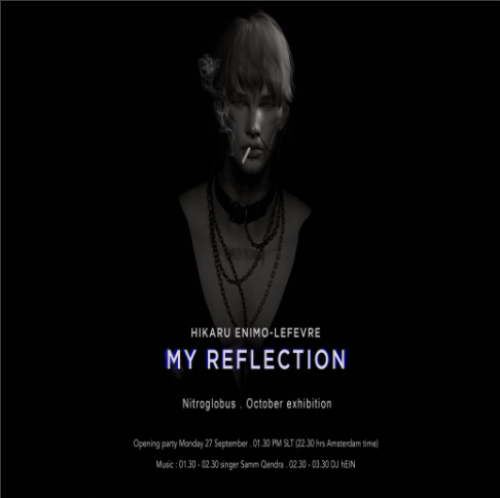 We are in danger of becoming known as the Nitroglobus News as we so often feature the exhibitions there!

We're fond of Dido Haas (who isn't?) but we don't think it's bias on our part. She just knows what she's doing and keeps finding great new artists to feature at her gallery.

The October exhibition there is MY REFLECTION by Hikaru Enimo-Lefevre.

Hikaru is a blogger, model, stylist, blogger manager, store manager, Neo-Japan SL Event Co-Founder, and lastly but no less his pet-project, he is also the Owner and Editor-in-Chief of L'Homme Magazine SL.

The SL photography in his show is monochrome, moody and intensely personal. It's not easy to produce SL photography with emotional depth, but he pulls it off. You can see more of his work at his Flickr page and his blog. The poster featured above was made by David Silence, based on one of Hikaru's images in the show.

The Limoncello News is not just news from but (mostly) about the Limoncello Art Gallery. In building our collection however (and because we enjoy art) we visit many exhibitions and installations. This week Fenella stopped by London Junker's installation at the new Kuidvis Art Space for example. It's called Thunderous Train of Air and references the way American poet Ruth Stone felt inspiration came to her. As described by writer Elizabeth Gilbert;

growing up in rural Virginia, she would ... feel and hear a poem coming at her from over the landscape. It was like a thunderous train of air and ... when she felt it coming ... she knew she had only one thing to do. That was to, in her words, "run like hell" to the house ... to get to a piece of paper ... so that when it thundered through her, she could collect it and grab it ... Other times she wouldn't be fast enough ... and the poem would barrel through her and "continue on across the landscape looking for another poet."

The installation depicts the train and the poet fleeing towards her writing desk across the fields of her family's farm and is a striking, very literal interpretation of a long-lost poet's whimsy. 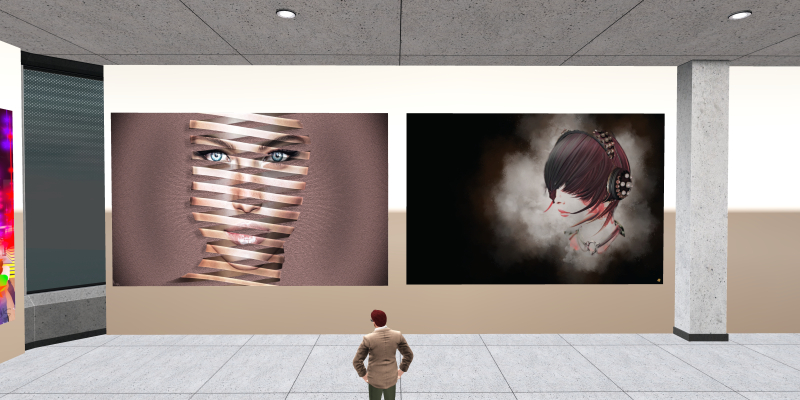 Dave, admiring our latest additions to the collection

Shamefully, the first new acquisition was acquired a few weeks ago. Dave forget he had it in inventory. For shame, Dave!

It's by Patrick Ireland and is called Emerging Realities. Patrick is an established name in SL art and the absence of any of his work in our collection has long been an obvious lacuna. We're glad it's finally filled. 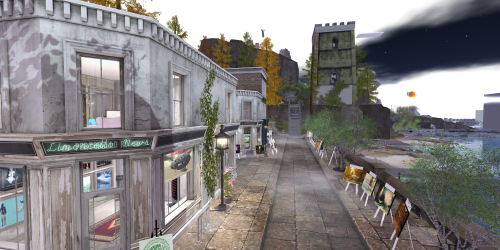 Port Emyniad Art Walk outside our office (click to enlarge)

Dave enjoyed the inaugural Campbell Coast / Port Emyniad Art Walk which opened on September 18th and is still in place for all to enjoy. It's near the editorial offices of Limoncello News in the harbour.

The artists featured there include one of our favourites – Anja – and Dave acquired a new work by her called Unknown DJ. Both this week's new acquisitions are to be found on the 14th Floor of the LG Tower.