REORGANISING THE ART IN OUR COLLECTION

Our gallery has evolved naturally over the years since we hung our first artwork in 2007. It's a private collection, not a series of exhibitions, so we don't constantly update and rearrange. Many pieces have hung in the same position for years. The whole process was unplanned and organic. There is neither logic nor theme to the display of the collection, which makes for strange bedfellows sometimes!

If you like that  junk shop vibe, you may even have enjoyed it but on our visits to other galleries we noticed others present their art better. We felt embarrassed so have made an effort to improve. 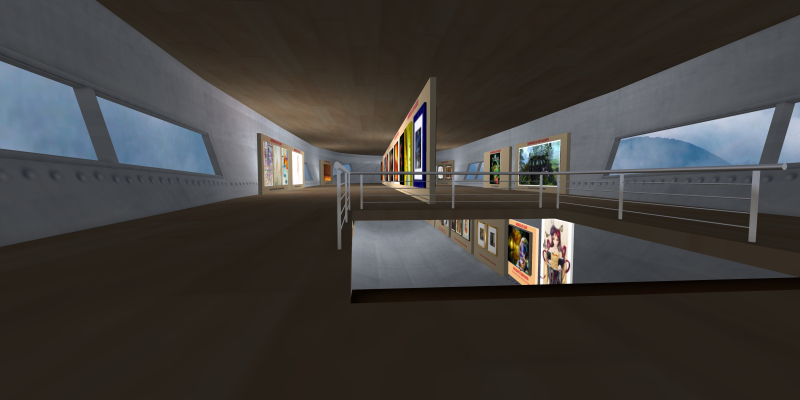 The main problem was aboard the Airship Limoncello. The old girl was the original Limoncello Gallery and – enormous though she is at 120 metres long – her decks are narrow and confined. We'd fitted in far too many display boards over the years. She was hard to move about in, let alone to find a good viewpoint for some of the art. So we have "thinned out" the collection considerably; moving many pieces down to the LG Tower. We've filled almost four floors there with art from the airship, together with a few new acquisitions (see below).

We tried to keep historic items on the airship, while moving newer items down to the tower, but there's still no theme to any of the displays. It's just art we have liked and bought over the last 15 years – hung a bit more neatly. We hope you approve and enjoy. 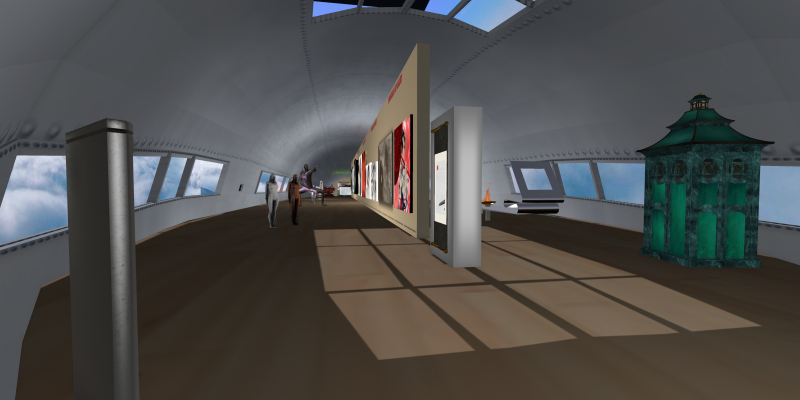 It was a lot of work, but we are pleased with the result. As you can see in the pictures, there's a lot more space to move around. There's also more "white space" around each artwork. We think that helps in appreciating the quieter works, which are no longer lost in the clutter. The art no longer on the airship can be found on the 15th, 16th, 17th and 18th floors of the LG Tower. We've been able to make many of the pieces bigger (where artist permissions allowed) and think they look better for it. We'd love to hear what you think in the comments.

In SL the physical rearrangement of the art was not the hard part. it was re-doing our comprehensive catalogue. Pick up a copy from the Welcome Boards in any of our locations and let us know if you detect any errors please.

DAVE'S INTERVIEW IN THE GAZETTE

Many of you will know that our owner, Dave, works for the Bellisserian Bureau of Bureaucracy and the Continental Passport Control Board. Specifically he is the editor of their official publication, The Gazette. Back in the day The Gazette was actually a joint weekly periodical with the Limoncello News until it all became too much so that two publications were needed.

Being editor allows him to control how much is said about his work for the BBB/CPCB, which suits his reticent English nature. However journalist Teresa Firelight has been interviewing all the BBB staff in turn. This week, the moment could no longer be put off when Dave had to submit himself to scrutiny. If you're interested, you can read the interview here. 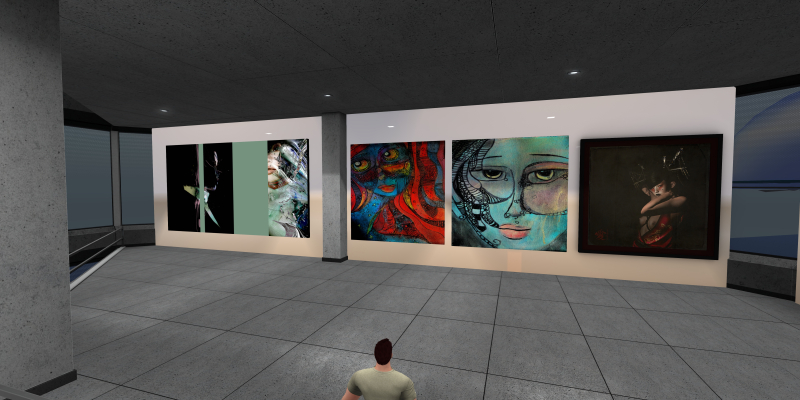 Changes in our owner, Dave's, private life in RL have prevented him spending as much time on the Limoncello News as he would wish. He has still been buying art though. Our reorganisation of the gallery finally prompted him to rez his most recent new acquisitions out of the "to hang" folder in his inventory onto the walls of the LG Tower.

Here's a list of the new items and a SLURL to the 16th Floor of the LG Tower. To visit the other two floors use the lift/elevator or just fly up in the atrium. The Tower is perfect for a Second Life® gallery because you can fly up the atrium to see each of the floors in turn!

Looks and sounds fabulous to me :))

Wow that must have been a lot to do defiantly need to go look again!!