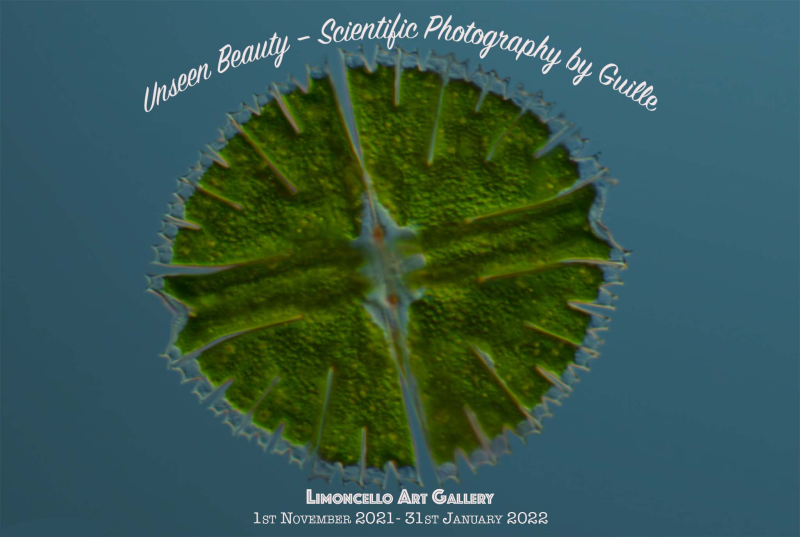 Current resident artist Xia Chieng recommended that Guille contact us about his amazing scientific photography. Under his RL name Antonio Guillén, he currently has an exhibition (with the participation of Jesús Rocandio and Kimika Ying) at the Casa de las Ciencias in Logrono in Spain. He is a teacher and has received several awards in Spain for his work. These include the most important education award Giner de los Ríos and the national prize for scientific photography. In 2012 a group of his students was awarded the first prize in their category at the Google Science Fair. 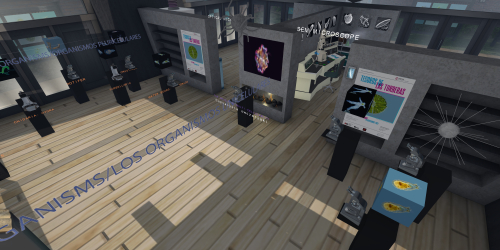 Dave visited the laboratory – El Universo en una Gota de Agua – that he and his friend Kimika have built at Reykjanes and was impressed. Most of the images are of microscopic organisms; living things never meant to be seen by human eyes. They themselves have no way to see each other and yet, extraordinarily and pointlessly, they are beautiful.

Dave's first reaction was that, if he had been told the photographs were of abstract artworks, he would have believed it!

This show presents beautifully-crafted scientific photographs, not for their educational or informative value (though they also have that of course) but as art. The arts and the sciences are traditionally considered separate. We often make our children choose between them on their educational paths but this exhibition proves they can – and do – overlap. As Guille says;

This has been a constant effort in my life, to show that knowledge is all one, be it Art, Science, Philosophy or Poetry.

Guille's photographs are accompanied in the exhibition by 3D models of some of the organisms made by his friend and collaborator Kimika.

The opening party for this amazing exhibition will be at 3pm SLT on November 4th and an invitation is enclosed with this issue of Limoncello News. DJ Suzen Juel will provide the music in her inimitable style.

We hope you will join us for that. The exhibition will continue until the end of January next year. 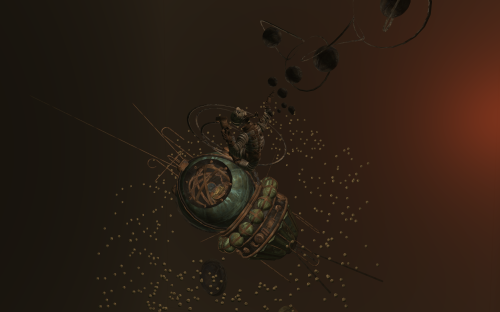 "Out" A Little Tribute To Jurij A. Gagarin's Flight by Nessuno Myoo 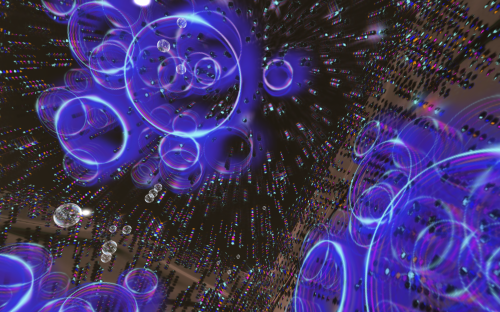 There is some wonderful work on show around the grid at present. We visited La Maison d'Aneli and particularly enjoyed the works of Vroum Short (of VeGeTaL PLaNet Gallery) and Nessuno Myoo in their current exhibitions there. Please click the images above to view them full-size.

We also visited the BOSL Main Gallery to see the current exhibition by Kraven Klees (see New Acquisitions, below).

Both of our two new pieces this week were bought from Kraven Klees at the current exhibition at the BOSL Main Gallery. They are called Fractalman and Fairy #2 and are now to be found on the 17th Floor of the LG Tower at our annexe in Nanga on the mainland continent of Satori. They join Lady in hat, Acoustic, Posing Nude and Painted Beauty in our collection of Kraven's works.